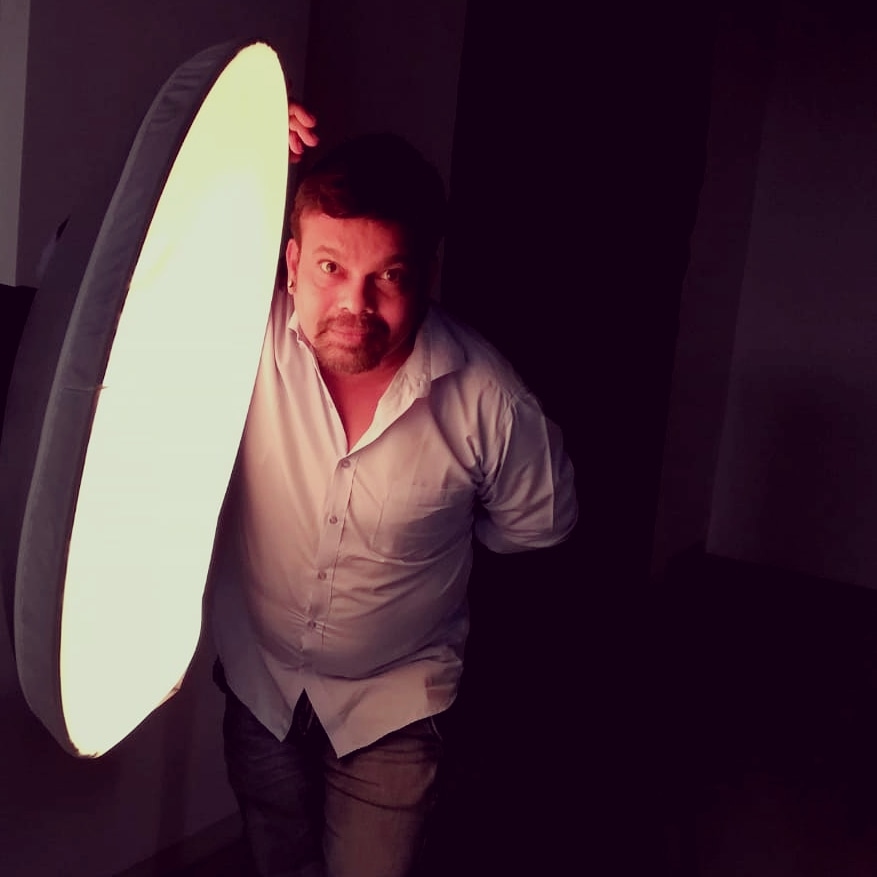 Vajranabh Natraaj Maharshi a.k.a Maha is an ardent torchbearer to art and culture. An established professional with extensive exposure in the field of Media for more than 26 years, he contributes his creative skills in making visual content. Vajranabh Natraaj Maharshi is an international award-winning artistic filmmaker and lensman. His latest achievement is the nationwide recognized NTR National Award in 2018 for the best photographer and filmmaker, and Doordarshan Hyderabad featuring a live interview to share his unique journey. Since a very young age, he decided he wanted to pursue storytelling through acting and films. From being a village boy to receiving a Diploma in Method Acting (Gold Medalist) and Film Direction programme in India in the year 1996, he was keen to only head towards innovating with his approach to making films. From being exposed to various mediums as a journalist to becoming an ad film director/writer, to being a filmmaker, and lens man; Vajranabh has a very diversely fabricated experience that he portrays in all his works through his co-founded banner “VaayuDhwani Productions.” Some of his memorable film projects include Drawing Blood - A colourless life of an artist and 1973 - An Untold Story which won him many awards and multiple film festival screenings. One of the veteran cinema stalwarts Govind Nihlani has given high praises for the intricate emotions and frames captured in the film. In the recent pipeline, his feature film 'ANONA' is set to be launched for the world cinema platform in 2019. As a self-taught photographer, his unique cinematic vision with the camera he tells stories and has created a rare identity for himself as a commercial photographer. He re-invents an approach to fashion, beauty, candid and cinematic photography catering to a versatile market. His latest achievements include the following: 1. Eyewin Photo Awards – Honorable Mention – Portrait & Monochrome 2. Government of Andhra Pradesh with Creativity & Culture Commission - National NTR Memorial Admirable Award – 2018 Best Artistic Filmmaker & Creative Photographer